With the rapid development of social informatization, the whole society pays more and more attention to the dissemination and communication of information. The traditional print publishing mode has been replaced by the three-dimensional and network publishing mode of multimedia information. The emergence of digital multimedia information publishing system based on the Internet provides the whole society with better means of information publicity and display, and also provides a brand-new advertising operation platform for the advertising media industry. Our company complied with the needs of the times and successfully developed the information release management system through independent innovation, which has reached the top level in China, provided the most modern means of information display and communication for various activity places, and achieved certain social and good economic benefits.

At present, there are 50 branches in a post office, and it is planned to adopt 43/49/55-inch vertical advertising machines. Some of them use information publishing boxes to connect with the original TV sets, and these front-end devices are uniformly managed through terminal servers to uniformly publish information;

Support the release of comprehensive multimedia information such as pictures, videos, texts, documents and data;

Support the display of weather, clock, news, notices, announcements and other information;

Support the display of information such as interest rates, funds, foreign exchange, gold, bonds and clocks around the world.

The system adopts internal LAN for centralized management and transmission; Among them, the control server of this system is located in the central computer room, and all information publishing terminals download programs and materials to the server through LAN.

According to application requirements and application characteristics, an information publishing system platform is built. All information publishing terminals are uniformly controlled and managed by a server through a private network. The displayed information content includes various file formats such as video and audio pictures, image publicity clips, advertisement clips, public service advertisements, rolling subtitles, meeting information, time and weather information, etc. The system platform is used to make a broadcast program interface file with a unified style and layout, and then the edited broadcast program interface file is sent to each terminal on the network for broadcast and display.

It can be seen from the above figure that the whole system is divided into three parts: control center, network transmission system and display terminal.

Set up an internal local area network, and the advertising integrated machine can access the local area network through wired or wireless WIFI, so as to realize the information release from the control center to the display terminal.

The display terminal is mainly composed of 43/49/55-inch LCD advertising screen, which realizes the display and release of multimedia content.

The information release management system is not a simple combination of various information media, but an information technology that combines information media in the form of Text, Graphics, Images, Animation, CCTV signals, Sound, etc., and comprehensively processes and controls them through computers or professional equipment, and can complete a series of interactive operations such as remote editing, remote control and management. The development of multimedia information publishing system has changed the means of information publicity, making information dissemination more timely and accurate, diversified in forms, visualized in content and personalized in editing; Let the public better understand, learn and accept information. Special products in offices and laboratories have become common tools in the information society, which are widely used in industrial production management, building education, cultural propaganda, financial banking, public information consultation, commercial advertising, border inspection and customs, industrial and commercial taxation, transportation, government agencies, communications and other fields.

ZAXTEAM information release management system is a set of domestic leading level independently developed by Shenzhen Yongshixin Electronic Technology Co., Ltd., which is used for multimedia information editing control and display release system operation platform. The system is developed based on Ethernet and ATM network, which can record, edit, transmit and control the broadcast of various media such as text, image, audio and video. At the same time, it can issue notices, announcements, pictures, advertisements and other information to multiple display terminals in a single or multi-channel way, and play videos, animations and so on. The ZAXTEAM information release management system has powerful functions, strong confidentiality, and achieves broadcast-level effect. The system adopts WINDOWS menu editing interface, which is easy to operate and highly intelligent, and can be remotely controlled centrally and sent synchronously. The system is compatible with all kinds of information sources and different display terminal devices, and can call server or website information at will, and can broadcast TV channels live. The system can scroll and play the ticker information bar without affecting the normal program playing; It can realize independent output by grouping, splitting and screen, etc.

The business process of information publishing is generally as follows: log in to the information publishing business platform through the console; Upload multimedia program materials (videos, pictures, etc.) to the media distribution platform, and establish a list of video pictures; Add the terminal (digital media player) into the system; Design layout, formulate program package, arrange broadcast plan and distribute it to terminal; According to the obtained broadcast plan, the terminal obtains media materials from the media distribution platform and plays them according to the broadcast plan.

Registered and unregistered terminals are displayed in pages in the operation interface on the right. Show its status and provide a set of operation buttons:

Define the layout, program package, and play plan through the ZAXTEAM information publishing service platform, and send them to different terminals to control the terminal’s broadcast behavior. Before introducing the specific operations, first explain a few concepts involved here. Area: The platform defines several types of areas for playing different types of media materials. Specifically include: main area, play area, text area, date area, weather area. You can customize the location and size of the area, and you can customize the playback characteristics of the area for specific media materials. For example, for the text area, you can set whether the text scrolls, scroll speed, color and other attributes.

Layout: a collection of multiple areas, this collection constitutes a complete screen.

Add area to the layout, set the location, size, and playback attributes of the area, add multiple areas covering the entire screen, and complete a layout design.

On the homepage of the information release business platform, click [Play Management/Layout Design] on the left functional navigation bar to enter the layout design page. As shown below:

Add media content to the layout area to form a program package. On the homepage of the service platform, click [Broadcast Management/Program Packages] in the function navigation bar on the left to enter the program package page. As shown below:

System management is mainly to manage the operating authority of the publishing business platform, and assign different personnel system accounts with different authority to ensure the safe and orderly deployment of system business configuration and management.

Quick release is used to quickly release video content to a specific terminal according to the guide for playback. Based on the introduction of media management, terminal management, broadcast management and other chapters, it is easy to understand the meaning of each step in quick release. A brief description is given below.

On the homepage of the information release service platform, click [Quick Release] on the left function navigation bar to enter the fast release page. As shown below:

The picture echo preview adopts the method of capturing a static picture. The current picture is not real-time. You need to manually refresh the screenshot to obtain the front-end video image. 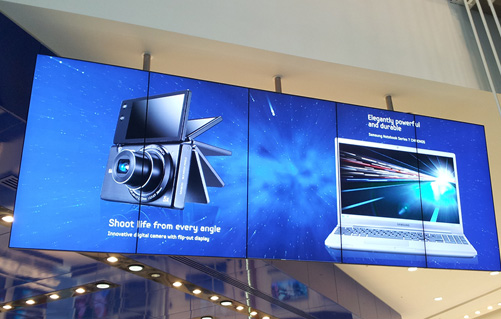 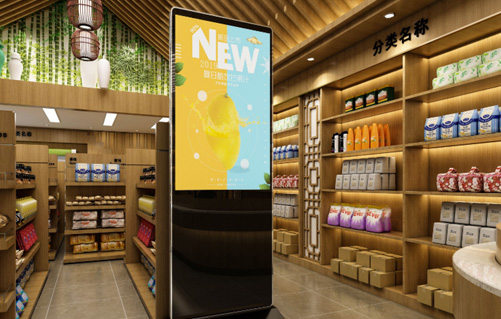